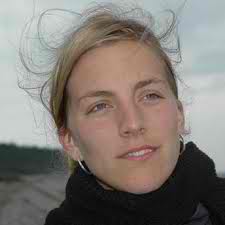 A lawyer who recently represented Julian Assange says the Swedish sex assault investigation into the WikiLeaks founder is based on claims he didn't use condoms during sex with two Swedish women.
RawStory.com

Yesterday Alexander Cockburn reminded us of the news Israel Shamir and Paul Bennett broke at Counterpunch in September.  Julian Assange’s chief accuser in Sweden has a significant history of work with anti-Castro groups, at least one of which is US funded and openly supported by a former CIA agent convicted in the mass murder of seventy three Cubans on an airliner he was involved in blowing up.
Anna Ardin (pictured right, the official complainant) is often described by the media as a “leftist”. She has ties to the US-financed anti-Castro and anti-communist groups. She published her anti-Castro diatribes (see here and here) in the Swedish-language publication Revista de Asignaturas Cubanas put out by Misceláneas de Cuba. From Oslo, Professor Michael Seltzer points out that this periodical is the product of a well-financed anti-Castro organization in Sweden. He further notes that the group is connected with Union Liberal Cubana led by Carlos Alberto Montaner whose CIA ties were exposed here.
Quelle surprise, no?  Shamir and Bennett went on to write about Ardin’s history in Cuba with a US funded group openly supported by a real terrorist: Luis Posada Carriles.
In Cuba she interacted with the feminist anti-Castro group Las damas de blanco (the Ladies in White). This group receives US government funds and the convicted anti-communist terrorist Luis Posada Carriles is a friend and supporter.  Wikipedia quotes Hebe de Bonafini, president of the Argentine Madres de Plaza de Mayo as saying that “the so-called Ladies in White defend the terrorism of the United States.”
Who is Luis Posada Carriles?  He’s a mass murderer, and former CIA agent.
Luis Clemente Faustino Posada Carriles (born February 15, 1928) (nicknamed Bambi by some Cuban exiles)[1] is a Cuban-born Venezuelan anti-communist extremist. A former Central Intelligence Agency agent,[2] Posada has been convicted in absentia of involvement in various terrorist attacks and plots in the Americas, including: involvement in the 1976 bombing of a Cuban airliner that killed seventy-three people;[3][4] admitted involvement in a string of bombings in 1997 targeting fashionable Cuban hotels and nightspots;[5][6][7] involvement in the Bay of Pigs invasion; [and] involvement in the Iran-Contra affair…
Luis Posada Carilles is so evil that even the Bush administration wanted him behind bars:
In 2005, Posada was held by U.S. authorities in Texas on the charge of illegal presence on national territory before the charges were dismissed on May 8, 2007. On September 28, 2005 a U.S. immigration judge ruled that Posada cannot be deported, finding that he faces the threat of torture in Venezuela.[11] His release on bail on April 19, 2007 had elicited angry reactions from the Cuban and Venezuelan governments.[12] The U.S. Justice Department had urged the court to keep him in jail because he was “an admitted mastermind of terrorist plots and attacks”, a flight risk and a danger to the community.[7]
Who is Julian Assange’s chief accuser in Sweden?  She’s a gender equity officer at Uppsula University – who chose to associate with a US funded group openly supported by a convicted terrorist and mass murderer.
She just happens to have her work published by a very well funded group connected with Union Liberal Cubana – whose leader, Carlos Alberto Montaner, in turn just happened to pop up on right wing Colombian TV a few hours after the right-wing coup in Honduras. Where he joined the leader of the failed coup in Ecuador to savage Correa, the target of the coup.  Montnaner also just happened to vociferously support the violent coup in Honduras, and chose to show up to sing the praises of the Honduran junta.  Jean-Guy Allard, a retired Canadian journalist who now writes for Cuba’s Gramma, captured the moment

A strange pair appeared on NTN 24, the right-wing Colombian television channel aligned to the Fox Broadcasting Company the U.S. A few hours after the coup attempt in Quito, Ecuador, CIA agent Carlos Alberto Montaner, a fugitive from Cuban justice for acts of terrorism, joined with one of the leaders of the failed Ecuadorian coup, ex-Lieutenant Colonel Lucio Gutiérrez, to attack President Rafael Correa…

On the margin of his media news shows, Montaner’s is known for his fanatic support of the most extreme elements of the Cuban-American mafia.

Last year, in the wake of the coup d’état against Honduran President Manuel Zelaya, June 28, he became an fervent supporter of the dictator Roberto Micheletti, along with U.S. Congresswoman Ileana Ros-Lehtinen, and another Cuban-American terrorist and CIA collaborator, Armando Valladares.

Montaner showed up repeatedly in Tegucigalpa to “defend human rights,” and at the same time to applaud the fascist Honduran regime when it unleashed its police on demonstrations by the National Resistance Front.

Oh…and the “rape” charge that’s smeared Julian Assange’s name around the world?  On Thursday James D. Catlin, the Melbourne barrister who represented Assange in London, wrote:
Apparently having consensual sex in Sweden without a condom is punishable by a term of imprisonment of a minimum of two years for rape. That is the basis for a reinstitution of rape charges against WikiLeaks figurehead Julian Assange that is destined to make Sweden and its justice system the laughing stock of the world and dramatically damage its reputation as a model of modernity.

Sweden’s Public Prosecutor’s Office was embarrassed in August this year when it leaked to the media that it was seeking to arrest Assange for rape, then on the same day withdrew the arrest warrant because in its own words there was “no evidence”. The damage to Assange’s reputation is incalculable. More than three quarters of internet references to his name refer to rape. Now, three months on and three prosecutors later, the Swedes seem to be clear on their basis to proceed. Consensual sex that started out with a condom ended up without one, ergo, the sex was not consensual.

I’ve spent much of my professional life as a psychiatrist helping women (and men) who are survivors of sexual violence.  Rape is a hideous crime.  Yet in Assange’s case his alleged victim – the gender equity officer at Uppsala University – chose to throw a party for her alleged assailant – after they’d had the sex that even Swedish prosecutors concede was consensual.

Barrister Caitlin again: [The] phenomena of social networking through the internet and mobile phones constrains Swedish authorities from augmenting the evidence against Assange because it would look even less credible in the face of tweets by Anna Ardin and SMS texts by Sofia Wilén boasting of their respective conquests after the “crimes”.

In the case of Ardin it is clear that she has thrown a party in Assange’s honour at her flat after the “crime” and tweeted to her followers that she is with the “the world’s coolest smartest people, it’s amazing!”. Go on the internet and see for yourself. That Ardin has sought unsuccessfully to delete these exculpatory tweets from the public record should be a matter of grave concern. That she has published on the internet a guide on how to get revenge on cheating boyfriends ever graver. The exact content of Wilén’s mobile phone texts is not yet known but their bragging and exculpatory character has been confirmed by Swedish prosecutors. Neither Wilén’s nor Ardin’s texts complain of rape.

Small world, isn’t it?  Julian Assange is the human face of Wikileaks – the organization that’s enabled whistle-blowers to reveal hideous war crimes and expose much of America’s foreign policy to the world.

And – despite her work in Sweden upholding the human right of gender equity – in Cuba she just happens to end up associating with a group openly supported by an admitted CIA agent who himself committed mass murder when he actively participated in the terrorist bombing of a jetliner carrying a Cuban sports team…an act that was of a piece with America’s secret foreign policy of violent attacks against Cuban state interests.

And now she just happens – after admittedly consensual sex – to have gone to Swedish authorities to report the sex ended without a condom…which just happens to be the pretext for Interpol to issue a “Red Notice” informing the world’s police forces of charges against Julian Assange.

With a lust for vengeance like that, one could be forgiven for concluding they’ve just happened to have taken a page from Anna’s revenge manual.

and
Sourced: http://www.menwithfoilhats.com/2010/12/assange-rape-accuser-has-history-with-cia/
at 1:26 PM

Only comments that benefit this cause are approved.
My time is precious I practice Mr Obama's freedom of speech.
Thanks for your support and time to visit us. 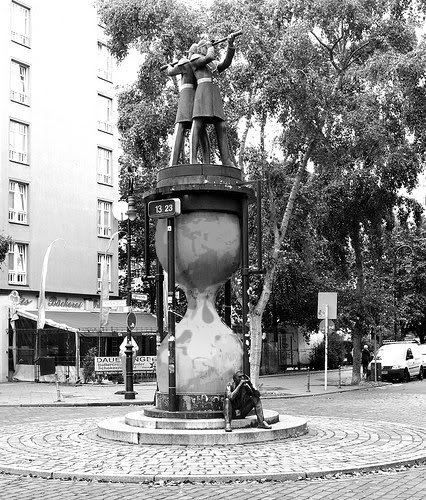 our new development will be placed at the ACT

Real Questions for Bob Carr via 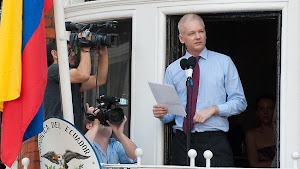 Speech at the Ecuador Embassy, 19 Aug'12
Tweets by @ProAssange